The King of Fighters Online

The King of Fighters Online (เดอะคิงออฟไฟเทอส์ออนไลน์) was a MMORPG produced by DragonFly, which also produced Metal Slug Zero Online. Although DragonFly is a Korean developer, the game was released in Thailand.

Sombat Banchamek, a Thai welterweight Muay Thai kickboxer of Kuy descent, was featured as a playable character under his ring name Buakaw Banchamek. 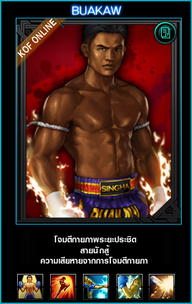 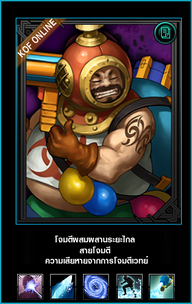 Mr. Po (ลุงโป)
Add a photo to this gallery 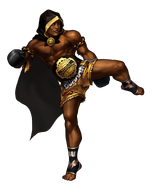 Retrieved from "https://snk.fandom.com/wiki/The_King_of_Fighters_Online_(DragonFly)?oldid=140521"
Community content is available under CC-BY-SA unless otherwise noted.