The King of Fighters 2001 (拳皇2001) is a thirty-volume manhua series illustrated and conceived by Wing Yan & King Tung, which was officially sponsored by SNK Playmore from Hong Kong and published by LION KING. It transitions with gameplay and story elements found in The King of Fighters 2001 and adds original ideas to solidify the tournament's ending. 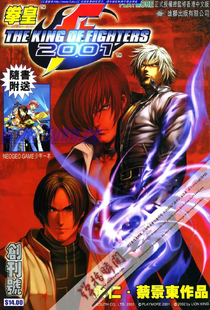 Retrieved from "https://snk.fandom.com/wiki/The_King_of_Fighters_2001_(Manhua)?oldid=131836"
Community content is available under CC-BY-SA unless otherwise noted.