Welcome to SNK Wiki
This is SNK Wiki, a project that was created for fans of the games developed by the Japanese company SNK.
If you have anything you'd like to share with us about the company, feel free to help!
¡Los fanáticos en español pueden visitar este wiki aquí!

Terry Bogard (テリー・ボガード, Terī Bogādo) is the main protagonist of the Fatal Fury series. He has appeared in every Fatal Fury and King of Fighters game, and is one of the characters of choice to symbolize the company in crossover games, merchandise and publicity. He appears to fit many Japanese stereotypes for an American character in appearance, personality and speech (his in-game vocabulary is usually limited to American colloquialisms, such as "Okay!" and "Hey, c'mon, c'mon.").

Terry Bogard is the brother of Andy Bogard. Both of them were orphans adopted by Jeff Bogard. He is often referred to as the Legendary Hungry Wolf (from Garou Densetsu, meaning "Legend of the Hungry Wolf"). He has a pet monkey named Ukee (the previous mascot of SNK before Terry). He has a knack for scoring in basketball, which explains the creation of his Power Dunk move.

A new CG movie, The King of Fighters: Awaken is currently in production by Joy Pictures, Original Force and iDragons. It's expected to premiere in 2022

New DLC guest character of Samurai Shodown (2019), a collaboration between SNK and Tecent (Honor of Kings), will be a free character

Warden, from Ubisoft's For Honor game series, is confirmed as DLC guest character of the Season 2 in Samurai Shodown (2019)

The King of Fighters: All Star is officially available for pre-registration. Global launch announced for October 22, 2019.

SNK announces, officialy, his World Championship, with the new Samurai Shodown and The King of Fighters XIV

Terry Bogard is confirmed as a DLC character for Super Smash Bros. Ultimate!

Rimururu, Basara, Kazuki Kazama and Wan-Fu are confirmed as DLC characters in the new Samurai Shodown

If you see this, your JavaScript might be disabled or DiscordIntegrator plugin isn't working. If the latter, please contact a wiki administrator. 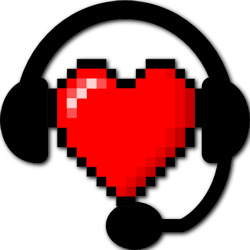 Retrieved from "https://snk.fandom.com/wiki/Main_Page?oldid=151696"
Community content is available under CC-BY-SA unless otherwise noted.