Magician Lord is a side-scrolling platform game developed by Alpha Denshi in 1990. It was a launch title for both the Neo Geo MVS (arcade) and AES (home) systems, and was one of the pack-in games for the Neo Geo AES. It also was included in SNK Arcade Classics Vol. 1, released for the Playstation 2 and Playstation Portable in North America on May 1, 2008.

Once upon a time, the peaceful land of Cadacis was invaded by Gal Agiese. A man of extreme evil, he unleashed a horde of monsters upon the land, seeking to revive the God of Destruction Az Atorse. When all hope was seemingly lost, a young magician appeared. He defeated the monsters and, using eight mystical tomes, sealed away both Gal Agiese and Az Atorse. This youth who saved the land would become known as the Magician Lord.

Elta must make his way through each level and beat a guardian (sub-boss) and a boss before reaching the final confrontation with Az Atorse. Gameplay is similar to that of a standard side-scrolling action platformer, with the added twist of transformations that offer the wizard different attacks and abilities. When he has not been transformed, Elta's primary form of attack is a weak but fast-moving energy arc that he can shoot in four directions; left, right, up and (while jumping) down.

These are the forms that Elta can assume by picking up various colored orbs: 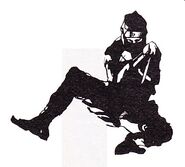 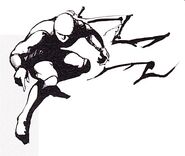 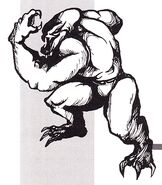 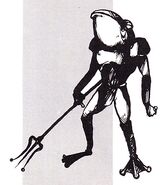 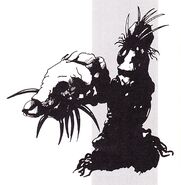 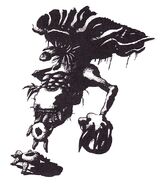