Anti-K' arts
Kula Diamond (クーラ・ダイアモンド, Kūra Daiamondo) is a character who first appeared as a hidden character and potential mid-boss in The King of Fighters 2000. She enters as a normal participant in subsequent appearances.

Her original hair color is strawberry blonde (confirmed after the game's release), but changes to a light blue when she activates her powers. She's often seen with her companions, Diana, Foxy and Candy Diamond. Her official nickname is Ice Doll (アイス ドール, Aisu dōru).[2][3]

At Vigamus,[4] a museum of videogames sponsored by the municipality of Rome, a special illustration lists Kula as the mascot of the new millennium era of Neo Geo.[5]

She was designed to be the antagonistic foil to K', in an attempt to better develop characteristics of the NESTS cartel. She was specially made with attempts to depict a 14-year-old girl with "appropriately girlish" gestures with help from the newly hired female staff. Her actual design was left to the veteran supervising designer.[6]

Kula Diamond is a little girl with an unknown origin. She was kidnapped by NESTS at a young age and was apart of the Anti-K program; an experiment that alters the users DNA to control ice. As a side effect of her surgery, her mental state has been turned back to that of a child.[7][8]

Prior to the events of KOF 2000, NESTS orders Kula to exterminate the cartel's traitor, K' during the tournament. Despite the fact that their subject was a mindless puppet with no sign of emotions (aside from being an innocent young girl), the NESTS cartel was not willing to repeat the same mistake they made with K'. Therefore, NESTS created an android called Candy Diamond, who would monitor Kula's behavior and assure that Kula would accomplish her missions, providing assistance in battle if she was needed. NESTS also assigned two of their top agents (Diana and Foxy) to supervise and prevent any sort of betrayal by Kula.

During the midway point of the Tournament, she freezes an arena, trapping K' and his team. She is often ordered by either Diana or Foxy to exterminate K'. The two fight, and K' came out the victor, forcing her to retreat. Later, before Zero could fire a second shot with the Zero Cannon, Kula and Candy destroys it while in orbit. This causes them to be caught in the blast and falls head-first to Earth, but Candy sacrificed herself to save her beloved sister. The following year, NESTS orders Kula to enter KOF 2001, along with Foxy, Angel, and K9999, in the hopes of eliminating all of their enemies. When the K' Team went to the NESTS space base after winning KOF 2001, Foxy was attacked by Angel and K9999, critically wounding her. The two reveals to Kula that they were tasked to eliminate Kula and Foxy as the cartel sees the two as potential traitors. Kula escapes the two, and heads to the NESTS space base to find answers. After NESTS's destruction, she allies herself on friendly terms with her target, K' and his companions, understanding that both their lives were ruined by NESTS. Whip affectionately refers to her as the "little sister" of the group.

Before being a killer, Kula is a child. While working for NESTS or for Diana and Foxy, she would not fail to kill anyone she finds unworthy. During her time with NESTS, her feelings were repressed, as she was portrayed as a cold girl executing her mission. She has since been defrosted into being more childish as of late.

Kula is trying hard to establish herself as a humane person, so people don't look at her as if she is some kind of weapon, she doesn't use her powers to full extent so she doesn't kill anyone by accident, because she fears that it would make her go back to her previous ways, so she prefers close combat instead; Kula is usually worried about her foes upon defeating them at times.

Despite being this sweet innocent girl, she tends to have some anger management issues. They are mostly the results of people either talking down to her, underestimating her, or reminding her of her origins and calling her a weapon. She also gets angry whenever she sees flames. 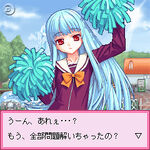 Retrieved from "https://snk.fandom.com/wiki/Kula_Diamond?oldid=154390"
Community content is available under CC-BY-SA unless otherwise noted.