Kyo Kusanagi (has his DNA)

Orders, people who give orders

None (he's bad at anything he's forced to do)

His Own Arts and Power

His character design is heavily inspired by the character Tetsuo Shima from the 1988 animated film Akira (which was adapted from the manga of the same name). His name is a homage to a character in the anime, Armored Trooper Votoms. SNK has expressed public disfavor for K9999 due to the explicitness of his tribute, and it is highly unlikely he will appear in the future. Nameless was later created to specifically represent and replace him in subsequent titles as a stand-in.

Despite the apparent disfavor of SNK, many people have expressed desire to see K9999 return to the series in spite of the possible copyright conflict. During a Q&A with Yasuyuki Oda at Gamescom, a fan asked about K9999's whereabouts. Oda answered, "Maybe one day we’ll find out what happened to Angel’s partner, K9999."[1]

In a 2005 poll made by SNK Playmore USA, he was voted as the seventh fan favorite character with a total of 156 votes.[citation needed]

He is voiced by Nozomu Sasaki, alluding further to his voice role as the aforementioned Tetsuo Shima (even reciting some of Tetsuo's lines from the movie for many of his battle quotes and having similar gestures).

After the death of Krizalid and the disappearance of K', NESTS decided to comb their research for errors. K9999 became the "perfected" 9999th Kyo Kusanagi clone. Built from the ground up, K9999 wielded an exorbitant amount of power. The blue glove he wears helps him control his shapeshifting powers and keep them from going berserk. His main purpose was to dispatch the rogue creations that had escaped from NESTS's grasp. He apparently does not discover that he is a clone himself until after the destruction of the cartel.

While it is implied that Foxy is killed by him and Angel, this ending is considered non-canon. According to the second 2001 novel written by Akihiko Ureshino, he disappears after an encounter with K' and Kula alongside Angel. His whereabouts and fate are unknown. [2]

K9999 is considered to be a man not to be tampered with. He has a very short temper and is easily driven to violence. He hates K' with a passion, and considers him his ultimate rival. He also develops a rivalry with Kusanagi in The King of Fighters 2002, though this is non-canon. Angel is the only one he considers to be a friend.

K9999 fights with his polymorphic arm. The arm can transform into claws, blades of different sizes and shapes, and into a shotgun. He knows some basic fighting techniques. All of his move names are quotes taken from the movie Akira, as well as mimicking several iconic stills from the said movie in his attack motions.

In the American and European releases, his gun arm was censored-- changed to just his fist and the explosions.

K9999 is one of the very few characters in fighting game history to not have his cr.D or a crouching strongest normal as his standard sweep; his cr.C acts as one instead. Another notable example in SNK universe is Mr. Big. 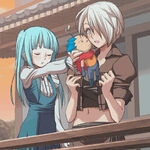 Cameo in Days of Memories 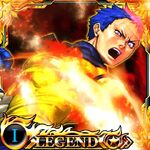 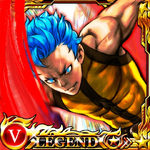 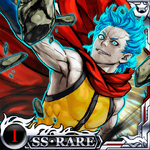 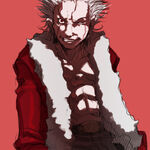 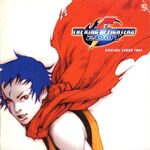 KOF 2001 artwork
Add a photo to this gallery

Retrieved from "https://snk.fandom.com/wiki/K9999?oldid=154452"
Community content is available under CC-BY-SA unless otherwise noted.