An EX Mary appears in The King of Fighters '98 Ultimate Match, being just a different version of Mary with her Real Bout Fatal Fury 2 moveset.

Tired of failing her missions and sick of being nice, this version of Mary is a sadist. She wants to dominate over her opponents and revel in "owning" them. She is determined to make Terry her "pet" in her ending. While he protests, a willing Joe volunteers for the part. She retorts that he already is one. 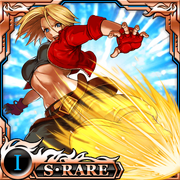 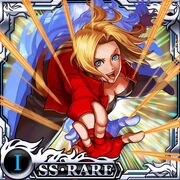 Retrieved from "https://snk.fandom.com/wiki/EX_Blue_Mary?oldid=148403"
Community content is available under CC-BY-SA unless otherwise noted.