Arina Makihara ( アリーナ) is a character who appears in Waku Waku 7. Her official nickname is "The Romping Fiery Girl" and she's associated with the orange Waku Waku ball, making her a citrine.

Arina is a normal student who likes to hang out with her friends. Hoping to find herself a "wonderful boyfriend", she joins the search for the Waku Waku balls. In her ending, the fairy of the balls pairs her up with Rai, something that Arina particularly despises.

A capricious yet head-strong girl who doesn't give up easily. She likes her friends and seems to know Rai from school. 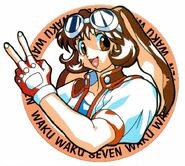 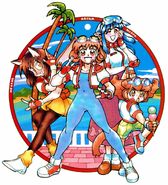 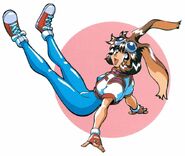